We had another special guest on this episode of NewForum; Simon de la Rouviere, CEO and Founder of Untitled Frontier, a platform that explores the intersection of storytelling and Web3. Simon is a full-stack developer. Coded games in high school, websites in university & blockchains since 2013. He also co-designed the ERC20 Ethereum Token Standard and invented Token Bonding Curves. Simon also writes and makes music, and currently, he enjoys coding NFTs + Generative Art.

We had a meaningful conversation with Simon about the Human Experience in Web3 and the power of storytelling through Untitled Frontier.

Simon is an impressively well-rounded person, and we wanted to learn more about his background and experiences- how did he transition from Web2 to Web3?

Simon is a creative person in nature. Since his teenage years, he played games and experimented with making little animations with games that had map-making tools. He eventually began coding games, made music, and continues to create, something he enjoys.

“In high school, I enjoyed making games, but games as a medium for me was also great back then because it encompassed many things; you could be an artist, coder, make music for the game, and I enjoyed playing in all those domains…” — Simon

Simon shared how his zeal to explore, experiment, create and innovate sparked an interest in Silicon valley, inspired by all the exciting new things they were innovating during the era called The Mashup. Simon explained that it was a playful period of startups and Web mashups; everyone was excited, then mobile came along, and everyone was trying to play with this new mobile thing. He shared more about The Mashup era and how it got him playing around with those tools during that period.

In 2011 while browsing the Web, he stumbled upon Bitcoin on a forum and expressed that he immediately became curious about it.

“Because it just stood out for me — like what people are making this kind of money thing but also have hardware that runs computations to run this stuff, and I was very interested and fascinated by it. I think many people where, they first saw that at that time, there was this sort of epiphany, strange epiphany. I just kept thinking that I need to understand how this works…” — Simon

Simon decided to read the white paper on Bitcoin and was impressed, which sparked questions like, what if this works? What else could be possible was the second order of thinking. While reflecting upon his discovery, he was at the same time finishing a master’s degree in Social Informatics- studying how people deal with information overload while coding on the side.

“In 2013, I started coding in Bitcoin because it was the only one around like nothing else existed. It was challenging and not ideologically friendly to developers, so when Ethereum came around in 2014, I was excited because I saw all the possibilities. I wanted to use this technology to create these new things; Ethereum was developer friendly and was about making a platform for developers…” — Simon

And this was how Simon fell down the rabbit hole and eventually went on to found his Web3 platform Untitled Frontier. Watch his full episode to hear the details and insights about his journey.

What is the vision of Untitled Frontier?

Simon gave us a little glimpse about his background, and we see this thread of him enjoying being creative. He later explained that he struggled to combine all his interests without succumbing to the pressures of specializing and leaning toward a specific career path.

“It was always this back and forth, and that one thing I felt I could do through all this process of being creative was just writing about the stuff that I was doing- that thing would always be there, so whether I was making games, I could write about my experience making games, and whether it was making music or writing about music I could share that, I could write about writing and then I could also write the ideas that I had and still have about Web3 and Crypto…” — Simon

In a nutshell, writing allowed Simon to keep all these disciplines of interest connected to a foundation. He also released that one of the reasons writing was so profound was that the process of writing formalized his thoughts, and then, once he had it out, he could invite emergent participation by sharing what he had written down to get their views.

Simon added that the entire process was just a process of learning how to tell a story, and he explained this further in his interview.

“I wanted to become a better storyteller. I want to write more stories, do NFTs, remain in Crypto, and experiment with this new medium. I combined the two, and that is what led to Untitled Frontier. It is like experimenting with Web3…” — Simon

One of the reasons Blockchain technology excites Simon was that it had this promise of being a way for creatives to create more.

“I thought, wow, we could get people paid easily because growing up in South Africa, as a teenager in high school making games, it was incredibly challenging for me to figure out how to sell my games online…” — Simon

Simon expressed that the thought of this tool allowing creators around the globe to get paid was impressive, but being a curious and innovative person in nature — he also wondered what else we could do with Blockchain technology for creators. The goal he explained with storytelling in Web3 is to empower writers in the space and beyond.

Watch his full interview to hear his in-depth explanation of the mission and impact of Untitled Frontier.

We concluded this thought-provoking and insightful episode with Simon discussing his view on a tweet by gaby.eth;

“I enjoy being public online because I can look back and see how my views have changed over time. An example: I used to believe we needed to “make web3 mainstream.”

Now, I increasingly feel we should build for web3 natives. And when mainstream goes web3, we’ll have done our job.” 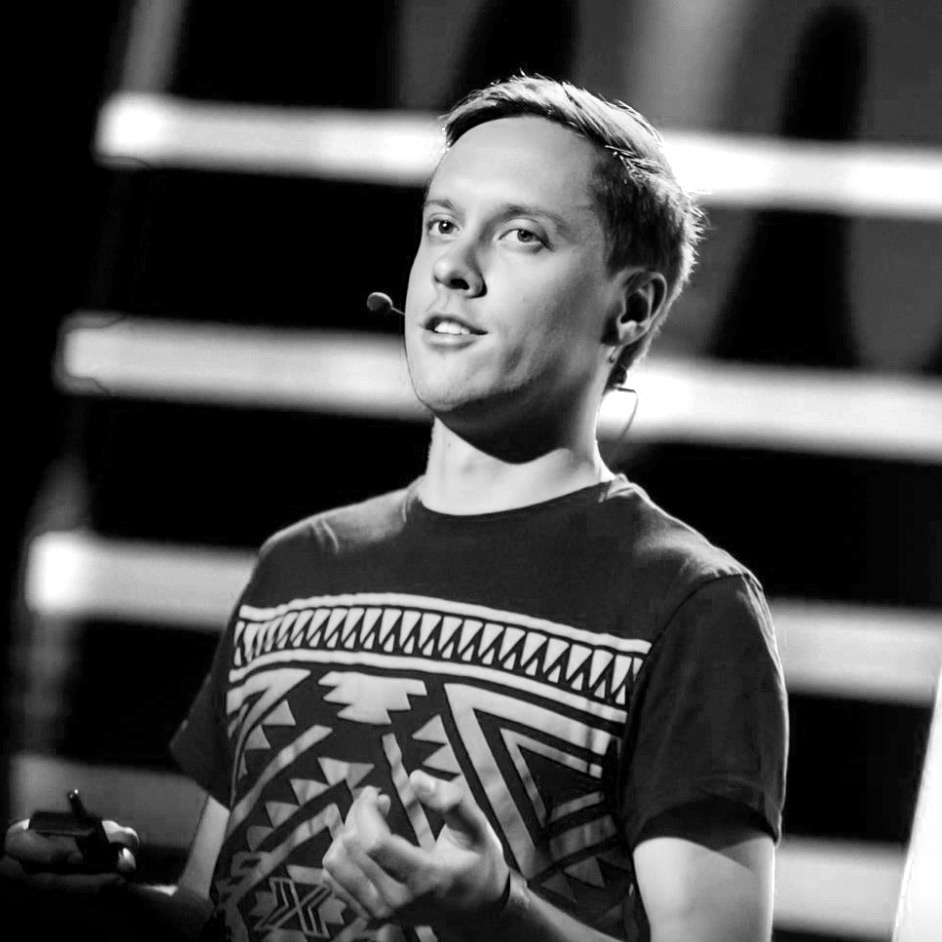 “In 2013, I started coding in Bitcoin because it was the only one around like nothing else existed. It was challenging and not ideologically friendly to developers, so when Ethereum came around in 2014, I was excited because I saw all the possibilities. I wanted to use this technology to create these new things; Ethereum was developer friendly and was about making a platform for developers…”