Olive Allen, a New York-based Visual Artist, joined us in this episode of NewForum. As a pioneer of the Crypto art movement, she has created in the NFT space since its inception. Olive’s art, sardonic in nature, explores current cultural shifts through deeply personal experience.

Olive’s journey in the NFT space began in January 2018. She bought her first Bitcoin in 2013, although she wasn’t an active participant in the space.

“In 2017, there were many startups, ICOs, coins, and I got interested again. In 2018, I heard about NFTs, called ERC-721, Ethereum, Smart Contract standard that’s confusing, and I was like, this is it, this is the future. Digital assets finally have a different status of something tangible, something real…” — Olive

Olive decided it was time to commit to the space, and once she did, she never looked back till now.

So when did Olive start making her first NFTs, and how was the experience?

Olive answered that she had never created Digital Art before discovering NFTs. She added that her art practice in the digital realm evolved with the space, but she was a painter before. Olive considers herself an entrepreneur yet doesn’t like to label herself. Although, she would describe herself an NFT Native Artist.

“I guess I’m an NFT Native Artist. I wasn’t creating Digital Art before NFTs. That is not as common as you might think, many Creators were making Digital Art forever before NFTs, but that’s wasn’t my case.” — Olive

Our community saw Olive’s latest Exhibition with Art Basel, and it had a very Metaverse vibe to it. We asked her to share her perspective on the Metaverse with her definition of the Metaverse.

Olive answered that her solo show is opening in New York on April 30th this year, and the theme is Metaverse, called welcome to the Metaverse. Olive argued that the Metaverse is such a catchphrase, and everybody is saying Metaverse, Metaverse like we need to be a Metaverse company, but nobody really knows what it means. She later defined the Metaverse as a space where alternative reality gets built on top of our physical world.

“It’s an ultimate internet space or a second life but elevated, so I play already in one world. I mean, of course, nobody has built the Metaverse yet, far from it…” — Olive

What did Olive mean by this?

“If you go to like one of those places, it’s just a ghost town, especially those in Web3 and Crypto space is like no one’s there on a good day, on a bad day or any other day, nobody even builds sit, but it’s a vibe dream. It’s a dream that everybody has that’s an ultimate escape from reality which may not be ideal for many people…” — Olive

Olive has strong opinions about the Metaverse. Watch her full episode to hear her perspective and definition of the Metaverse and the concept behind her upcoming event.

Olive has made a name for herself in Web3. As we all know, the Art Market has very high barriers to entry, so we wanted to know what it’s been like for her.

Olive tells NewForum hosts that it’s never easy, but she doesn’t see what stops Content Creators from breaking through these barriers. She argued that Creators have many opportunities to create all day long if they’re creating unique content to build an audience or people that follow them.

“If you’re an Artist creating great artwork, you have your style, you have something to say, know people will notice sooner or later, and yes, it’s a tough industry- Metaverse.”- Olive

She expressed that the Metaverse is a business, it’s an investment thesis, and there are many people from all over the world trying to build this Metaverse of some sort and raise funds because it’s lucrative. Olive mentioned that everybody wants to be the first in the new space to monetize. She later added that everything we are doing is highly competitive.

Olive explained that when people talk about this, it exposes feasibility and that it’s the same game every time and everywhere; there may be moments when one gets a chance, but as the industry matures, it’s becoming less inclusive.

“Web2 sucks, but how is Web3 going to be different; society hasn’t changed much in the past two years. It’s a social problem because it’s the same people, so we need to change society and the way we see things to raise a base morality and our view on things to build a better space ultimately- Web3 is not a solution- Decentralization is a pipe dream…” — Olive

Olive expressed that though her opinions might come off strong, she loves the space and dwells in it, but she doesn’t want people to get delusional thinking that Web3 will solve all our problems.

In this episode of NewForum, Olive shared how she got into Web3 and made a name for herself as an NFT native artist. She got down to the nitty-gritty of the Metaverse, defining it as an ultimate internet space or a second life but elevated; also describing it as a dream that everybody has that’s an ultimate escape from reality which may not be ideal for many people. Olive seemed very passionate about the top of the Metaverse and discussed it alongside barriers of entry in Web3.

She also talked about the tools on the Web she finds valuable as a Crypto art OG, what the evolution of NFTs means to her as an artist, and the creator economy. Finally, there was a conversation shift to the DAO side of things. Olive shared her favorite DAO and why she deems that particular DAO the best for her. We ended the podcast listening to Olive’s perspective on what the future of art might become.

Join the community to learn about @IamOliveAllen and discover other creators in the web3 community! 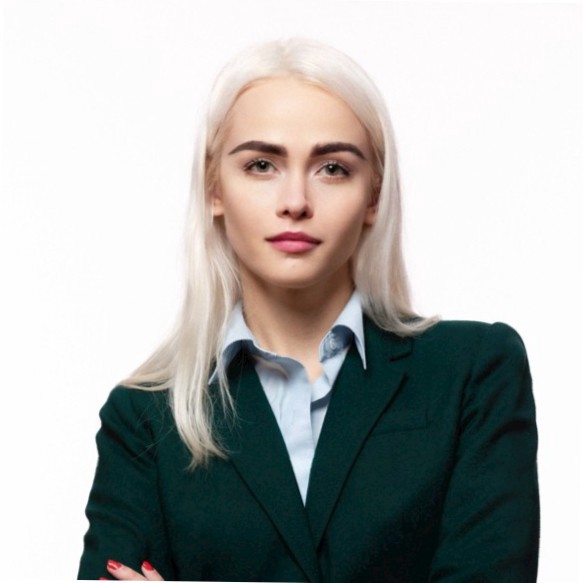 “Web2 sucks, but how is Web3 going to be different; society hasn’t changed much in the past two years. It’s a social problem because it’s the same people, so we need to change society and the way we see things to raise a base morality and our view on things to build a better space ultimately- Web3 is not a solution- Decentralization is a pipe dream…”