We are always honored to bring you inspiring guests on our podcast, and we had one of such guests in this episode of NEWFORUM. Karsen Daily, the Founder of MintCandy Productions. Karsen is highly involved in the Web3 space. We had a stimulating conversation about traditional marketing and brand development backgrounds in Web3, the psychology of collecting: on & off-chain; PFP burnout, catering to everyone yet catering to no one, and lack of brand cohesion and identity. We also chat about the evolution of the Creator Economy and where she sees outstanding opportunities for creators and artists. Karsen is currently building a marketplace and platform for artist KidEight and the EVOL universe and told us all about it!

How did the Crypto and Web3 journey begin for Karsen, and what has the experience been like for her?

Karsen worked at a company called Superplastics, a startup animation studio and a designer toy company. She shared that she held many positions there, but her last role was Director of Brand Development.

Karsen was always looking for new avenues and opportunities for brand awareness and expansion. She expressed that they had already built a successful animation character universe and even created content and released it.

According to Karsen, it was essentially Crypto media without Crypto, and they were using Instagram and TikTok as their primary distribution platform.

“I had a call from Nifty Gateway in August of 2020, and everything was going over my head, but I understood the concept of monetizing this creative content in a way that was decentralized and democratized from a traditional avenue…” — Karsen

Karsen added that it was different from the avenue they were using to monetize their digital content for Superplastics.

“I just became obsessed with the philosophy and the culture around the NFT space and the NFT community, which was a community at that time. It’s a little bit different. I’m a little more jaded now, but I really fell in love, and I just continued to pursue it…” — Karsen

Karsen continued to pursue the NFT space, quit her job, and fell down the Metaverse and Web3 rabbit hole.

Karsen had heard of Bitcoin but never Ethereum. She didn’t even have a wallet until June 2021- which was well after she had her first NFT job and quit her job before finally setting up a MetaMask wallet.

Karsen’s Web3 and Crypto experience is yet another unique story.

Karsen is writing a thesis called Personifying the Blockchain, which she aims to address in her genesis NFT drop “27 times”. We asked her to tell us all about it.

“I think that’s going to be my forever thesis, part of my manifesto, and sometimes I joke, and it’s a narcissistic thing to say, but I say that I’m like the Socrates of Web3. I think most of my works and philosophy will be discovered ten years or decades down the line, and it will come together…” — Karsen

Her work in the space is centered around injecting human emotion and compassion.

“I am always coming back to philosophy because to me like that’s what creatives sovereignty is, and that’s what art is, it’s an expression of self, and it’s an expression of identity; and Blockchain is just this new kind of platform to be able to create I think a permanent paper trail and recording system of your personal beliefs and representations of your identity…” — Karsen

Karsen told us that many people understand Digital Identity and PFPs and the communities they belong to in the space.

But from her point of view, the Personification of the Blockchain is meant to be a trustless technology, and it’s a trustless ecosystem, but that it does not necessarily mean that it has trust- it’s just built to take out intermediaries.

“By replacing people with program and protocol, we no longer have to feel fear or intimidated that we’re going to be betrayed by that system, but it’s still people using the technology. We have to be trustworthy, and it all comes down to our motivation and our own intent when we use these things…”- Karsen

She dived real deep, breaking down the philosophy behind her thesis in this episode of NEWFORUM.

What is Karsen’s opinion on the differences between traditional Web2 and Web3 Brands or Startups?

“ Because of Web2, we’re in this gilded age of instant gratification. Web3 has created this speed in which businesses or brands can kind of take off so much faster, and it’s because in Web2 we were learning about the internet and the virality…”- Karsen

She explained that influencer markets are changing.

Consumer trends, patterns, and behaviors in real-time; we began harnessing and leveraging the internet to accelerate product awareness and viability- we were able to get feedback in real-time.

Listen to her in-depth answer as she discusses the differences between traditional Web2 and Web3 Brands and what she means by “feedback in real-time” in her full interview.

Karsen stated that artists are not startups. What did she mean by this?

“I think that another significant difference between Web2 and Web3 creatives is that a startup is building using a business model. And I think what is incredible is that right now- artists can create income and opportunities and really get their work out there to a speed and volume at which they’ve never been able to do before in the history of art and the history of commerce…” — Karsen

However, Karsen pointed out that we’re missing Patronage Ecosystems, which historically empowered traditional artists to continue to fuel art making because they had this Patronage.

They had a key collector or a small group of core kind of collectors who were funding them in addition to supporting them emotionally — having an emotional relationship with them to fuel art-making.

Hear more about what Karsen had to say on this subject matter in this episode of NewForum.

How can we talk about artists without discussing the current state of the Creator Economy?

Karsen shared her opinion on what the future of the Creator Economy is going to look like and where she sees the outstanding opportunities.

Karsen shared that her nineteen-year-old sister buys clothing for 90–300 dollars from influencers as in people she follows on TikTok, while Karsen prefers to buy from designers from Fashion houses and brands that she loves.

She explained that she would spend that same amount on brands she has faith in that has a legacy.

According to Karsen, a different generation is buying clothes because their friends have them, or it’s a recognizable brand identity, and that brand is rooted in a person.

That person becomes the core kind of fabric that ties the community together. Karsen sees this as the first version or generation of the Creator Economy, and version two is powered by Blockchain and owning your income and financial platform. And the ability to monetize your art, your brand, and the likes.

“ I think version three is figuring out how to leverage that technology. Leverage that online audience and community that isn’t’ necessarily buying into anything…” — Karsen

Karsen shared her opinion on the differences between traditional Web2 and Web3 Brands or Startups and talked about the evolution of the Creator Economy and where she sees the outstanding opportunities for creators and artists.

She also explained the vision and mission behind the marketplace and platform she is building for the artist KidEight and EVOL universe.

Karsen brought the philosophically stimulating conversation to an end by explaining the difference between collecting on and off-chain.

✨Enjoy this fun and insightful episode with Karsen Daily!✨

Join the community to learn about @karsendaily and discover other founders and visionaries in the web3 community! 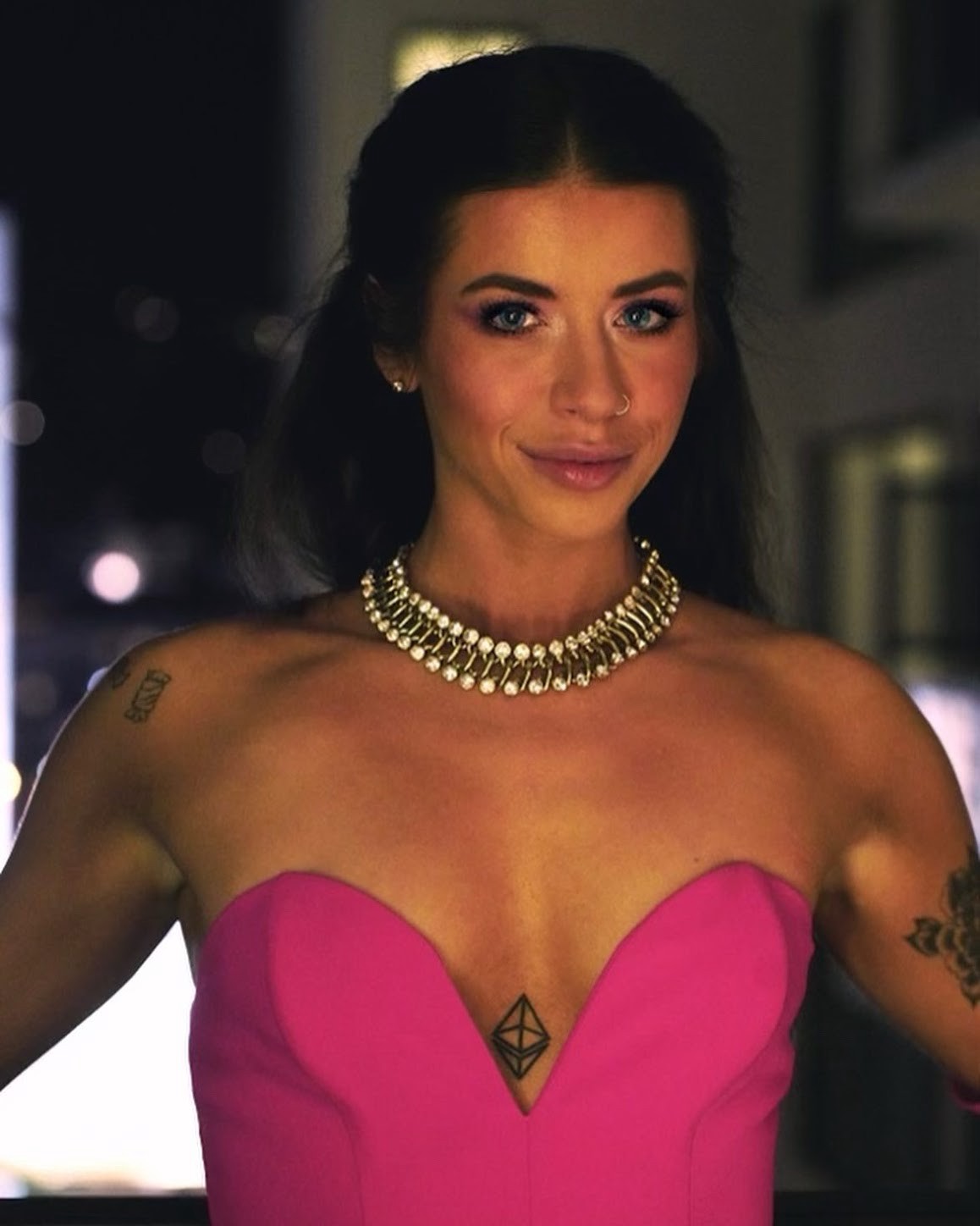 “By replacing people with program and protocol, we no longer have to feel fear or intimidated that we’re going to be betrayed by that system, but it’s still people using the technology. We have to be trustworthy, and it all comes down to our motivation and our own intent when we use these things…”