Juliette Chevalier is a Software Engineer working for Aragon. She is also the Co-Founder of Surge Women — a female-led organization educating and securing women’s place in Web3.We were honored to have her on NewForum to talk about how she got into Web3 as a Software Engineer.Juliette also discussed women entering the Tech and Web3 space, management of communities and DAOs, and what it means to transition from Web2 to Web3!

‍How did Juliette learn about Web3? And how did it impact her career?
Juliette majored in Political Science, International Relations while studying at the university.Upon graduation, she began to work for the government, representing the government of Panama.

Juliette started noticing problems with the processes, not because of the lack of financial setups or resources or even the lack of energy or talent.

‍“I started diving deeper into technology. I wanted to understand what makes processes more transparent and efficient. And it was through that I fell down the rabbit hole, and I started coming into Blockchain. Blockchain is a way to integrate it within a traditional governmental structure, its influence in keeping things more transparent; being able to hold people more accountable…” — Juliette

‍Discovering Blockchain in the context that she did, led her to quit her job. She moved to Berlin and joined a coding boot camp and then eventually transitioned her entire career into being a Software Engineer.

Juliette worked in Web2 more until recently transitioned full-time as a Web3 Developer.

‍What is Juliette’s mission with Surge Women, a female-led organization educating and securing women’s place in Web3?
‍“Throughout my career as a Software Engineer, I have spent most of the time working with amazing guys who have taught me a lot about mentorships and have supported me throughout my career, but it became very apparent that I was mostly the only woman hanging out in these spaces and that always intrigued me…” — Juliette

Juliette shared that being one of the only women in Tech spaces she encountered got her processing questions like;• Why wouldn’t my girls also get into Tech with me?• Why are we fewer in the Tech/Web3 space?She researched to answer the questions resounding in her mind and discovered several reasons why there are fewer women in the Tech space.Juliette shared some of her insights from her research with us. She explained that apparently when it comes to Web3, most people get into Crypto because of a hobby.Yet looking at the number of women working in the kitchen and education…, this doubles the number of men in the Tech space, and as a result, women have less time for hobbies.She added that getting into Web3 full-time is critical to embracing and bringing more diversity into the space and having the community.Juliette became a teacher at the boot camp, where she learned to code and would teach people how to code landing pages in a few hours.She explained that every time she posted about the class, out of 40 people who showed up, 39 or 38 were guys, but one day she put out the post again, and to her surprise, the first five of the people who attended were women. Seeing those first five women inspired her to rebrand the class; rather than being a coding day, she called the class women’s schooling day. By making this change, she saw an increase in the number of women who attended the class; 44 out of 45 were now women.“This was a huge enlightening moment for me because it’s not that women do not want to be involved or participate in being involved in Technology, but we feel that it is not our space; the people do not look like us or are not interested in the same things we are…” — Juliette

‍Juliette expressed that it was the moment she realized that building a community of women who want to learn together and collaborate; empowering one another is the essential part of making sure that she brought more women into the Technology space.And this is what inspired the birth of Surge Women.Surge Women has a welcoming onboarding approach. Here are some of the steps explained by Juliette;• The initial stage is about education and content that is synchronous or asynchronous, articles, interactive quizzes, twitter spaces, and IRL events.• In the second stage, they have a discord community where they answer questions. They also connect people with experts who may know more about certain subjects and build a collaborative learning space.• At the third level, they have a job board, where they pair up their vetted female talent with organizations looking to get more women and hire talented people in the space.• At the fourth level, they have an NFT project, launched a few weeks ago, and it essentially works as a passport into Web3 called the search passport.Hear more about Surge Women’s onboarding approach and how Juliette met her Co-Founder in her full interview!

‍Has Juliette thought about a Surge Women DAO? What are her thoughts about DAOs and DAO management?
‍Juliette described a DAO as having two pillars.

• One end is the community, and the communities; are central for all DAOs. Within the community, the contributors come up with new ideas to work on together.• The second is the treasury; to help fund new ideas and initiatives. The second pillar of any DAO is holding the funds and management of assets and tokens. And since assets get managed — there is a need for a governance layer working where the community is set up.

‍“We are acting as a DAO in some ways and not so much in other ways. The reason is that until the NFT drop, we haven’t had a token. Firstly, we have a strong community which I think prides itself in strong initiatives, and cool work together and a lot of engaging…” — Juliette

‍It was a hard time to have people vote.And so it’s been more either the core team collaborating with the contributors and people from the community. It was difficult to dissect the priorities, so it was necessary to build a core team to establish the vision that they wanted to go towards, especially to make sure that their NFT project was a success. Juliette added that they started experimenting with some voting.Juliette shared more about experimenting with voting and projects they are working on in support of organizations empowering women across the world. She also shared her views on the foreseeable future of Web3 and the place of women in the space. Juliette discussed the setbacks and mental models that have kept women from entering the Tech space or pursuing careers in Technology or Web3. At the end of our conversation with Juliette, she shared an empowering message to all women considering making the Web3/Crypto move.✨Don’t miss this valuable and insightful conversation with the one and only Juliette Chevalier on this episode of NewForum! 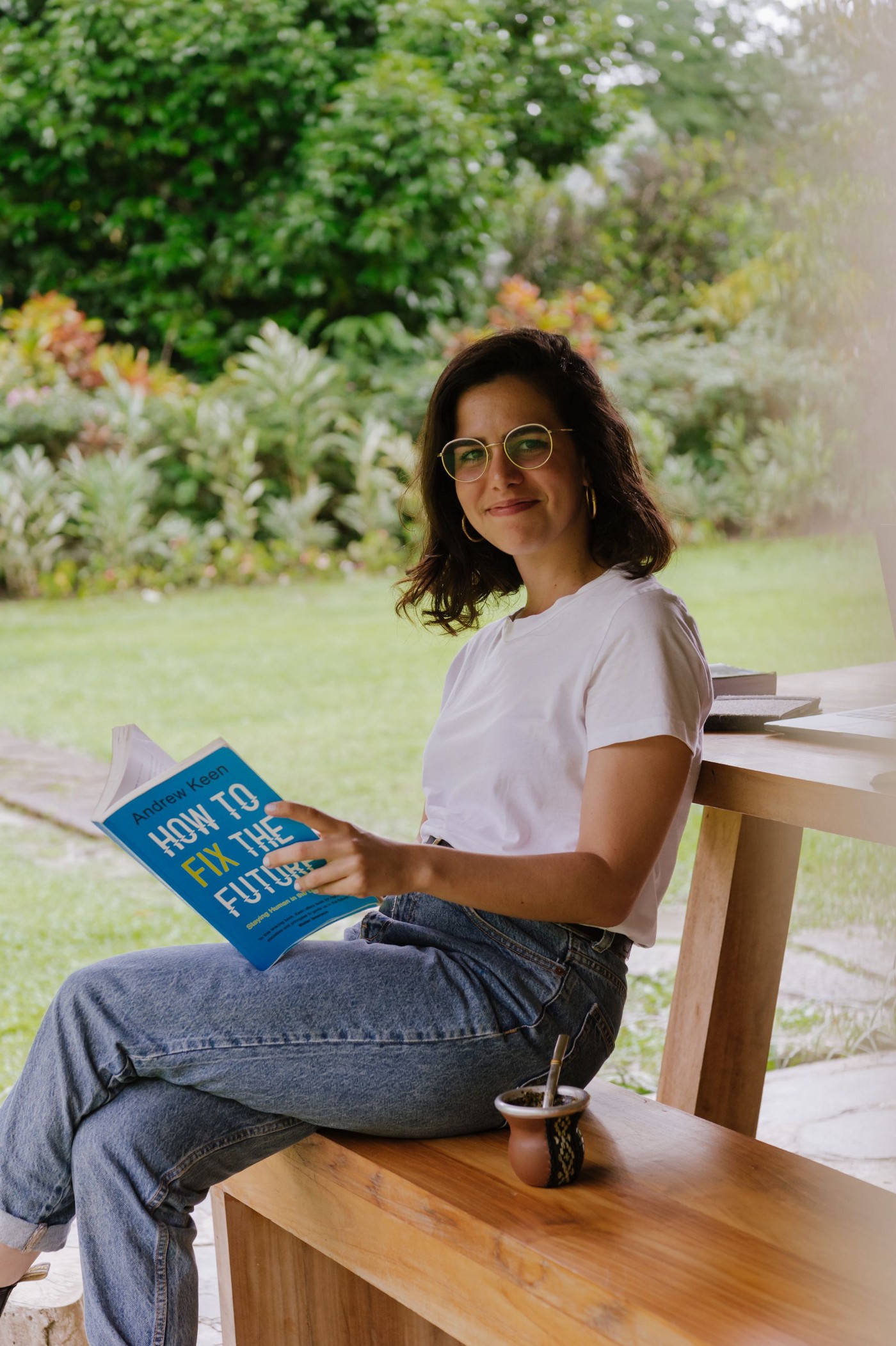 “This was a huge enlightening moment for me because it’s not that women do not want to be involved or participate in being involved in Technology, but we feel that it is not our space; the people do not look like us or are not interested in the same things we are..."