We were super honored to introduce Evin McMullen, Co-Founder & CEO at Disco. xyz, to our NEWFORUM Community! Evin brought her vibrant energy and well-articulated views to this episode discussing the importance of keys when protecting data and assets in the Metaverse.

In addition, Evin defined privacy and consent in Web3 and all things Disco in this episode of NEWFORUM!

What’s Evin’s story, and how did her passion for technology develop?

“I have been excited about playing with, building with, exploring what we can do with technology since I was young. When I was in school as a kid, that was around the Napster era; I learned about file sharing and the freedom restriction around data and intellectual property just as the first iterations of the publicly accessible internet came to fruition…” — Evin

As an undergraduate, she was excited about free and open-source software; Creative Commons Licenses about the intellectual property-based debate about data freedom and accessibility. Evin explained that it was around that time that she had the absolute best computer science professor of all time; a woman named Elizabeth Stark, at Yale, now an incredible leader and CEO in the Bitcoin community, she explained.

“She introduced us to the world of technology-based entrepreneurship, it was along this journey that I encountered the bitcoin paper and learned about censorship-resistant networks, and so it was that set of experiences that opened my imagination to what could be possible; if human beings might be able to carry around or own and control their data in the context of interacting with the world around them as opposed to having that data owned and controlled by other parties and managing the experience on their behalf…” — Evin

When it came down to Evins own experience of building, it had different roles in both Web2 and Web3 teams. She explained that some focused on hardware, some on enterprise software. She added that throughout that whole journey, very rarely in the design process did her teams prioritize what was best for the user.

So at which point did the vision of Disco come to fruition?

Evin took a step back from her work. She then decided that she wanted to build something for everyone. She had worked with incredible teams and saw what was possible when they made data portable and private, independently owned by ourselves. Although she had this strong desire, she was not in a position to explore what that meant- bringing something for everyone when she was so focused on enterprise alone.

Earlier in the year, she joined forces with some friends, and former colleagues, joined by several new friends and teammates on the disco ship.

“We are building your identity for the Metaverse, and at Disco, we believe that the definition of the Metaverse is your ability to show up in any digital or physical environment and receive a personalized experience as a result of the parts of yourself that you choose to share.” — Evin

Disco brings fun to the Metaverse with self-sovereign identity. Disco enables users to enjoy a nuanced web3 reputation associated with public identifiers across chains and Web2 while maintaining privacy and user autonomy.

At Disco, they believe that people, like a disco ball or shining center of the party, should be able to reflect their data and identity to the world; that people should not feel like a function of someone else’s party. Instead, people should feel like they are enough as a whole human being when they show up to the spaces of engagement and communities where they belong.

Disco believes that people should be in charge of the data that describes them, not some random person who made an app.

She added that their imagination have taken them to a world where they can walk into events and receive benefits based on behaviors they’ve been doing at home and show up with proof that they’re part of a community and enjoy experiences online, on-chain, and in person.

“So as we build toward a user journey that meets users where they are in their own personal journey and not assuming you know step one of what journey, we would like people to take; that means that we need to work with the tools that people have today and the understanding that they have today about what’s possible in the Metaverse and Web3…” — Evin

Currently, Disco serves users from the Ethereum community, meaning people who already have private keys in their hands with Ethereum compatible wallets such as MetaMask. Once they help those users become the transport layer for their own data from one app to another. They will then roll in the other base chain to make those interoperable such as Solana, Bitcoin, EVM-compatible chains, and other Blockchains.

Watch Evin’s full interview to hear more about Disco’s user experience and all the innovative possibilities that Disco brings to Web3 and the Metaverse with data protection, maintaining privacy, user autonomy, and the importance of keys!

How can we define maintaining privacy and user autonomy in Web3?

Evin mentioned that her team talks a lot about privacy, which is like an end state; privacy is the status of whether your information is disclosed to others or not the extent to which it might be.

Yet, Disco’s role with data is a little more active. Evin explained that they want to be in the driver’s seat, and that’s why she usually talks about consent.

Evin defined consent as the choice a person makes to impact their privacy when they are in a position to be in control, of how that privacy is increased or decreased in instances when they don’t have the opportunity to provide informed consent. She added that when other people are making choices about how our data is shared — our privacy may change, but our consent may not be involved, and that’s a disconnect that she believes is crucial for us to explore in Web3.

“I am excited about how we can use the superpowers of our private keys to claim a greater level of control over our data and share it with our informed consent as opposed to having other parties decide how much privacy we can enjoy, which is the status that we have in Web2 today…” — Evin

Why is there an issue of sexual assault in the Metaverse?

Evin answered this question by saying if we step back and revisit the idea of “what does consent mean”? Consent in the spaces where she thinks about it; is an affirmative invitation of welcoming interaction.

According to Evin, If a person consents to a hug, it means they will welcome an embrace. If they do not consent to a hug, then they will be disgusted if you touch them and feel violated. They will feel uncomfortable. She added that, us humans with physical bodies are able to grasp the idea of consent pretty well. Either we agree to this physical interaction, or we don’t.

We have to admit that Evin couldn’t have defined consent any better. It straight up makes sense.

“In digital space, I think Web2 has taught the App builders that Apps can have 24/7 access to your data. That’s the way the surveillance capitalism economy is built, but if our data represents an extension of us; describes our bodies, and made by our bodies, and is owned by our bodies, then it deserves a level of consent and consideration that we extend to our bodies.” — Evin

Enjoy this informative and well-articulated discussion on private keys, protecting data privacy, and assets in the Metaverse. Evin discussed how Disco envisions the future of the Metaverse, and let us tell you that it sounded like the ideal Metaverse we should all aim to see.

She also defined consent and how private keys give us a greater level of control over our data and how it empowers us to share it with our informed consent.

Finally, she helped our community understand what DID means; pretty technical stuff, but Evin broke it down nicely.

Join the community to learn about @provenauthority and discover other founders and visionaries in the web3 community! 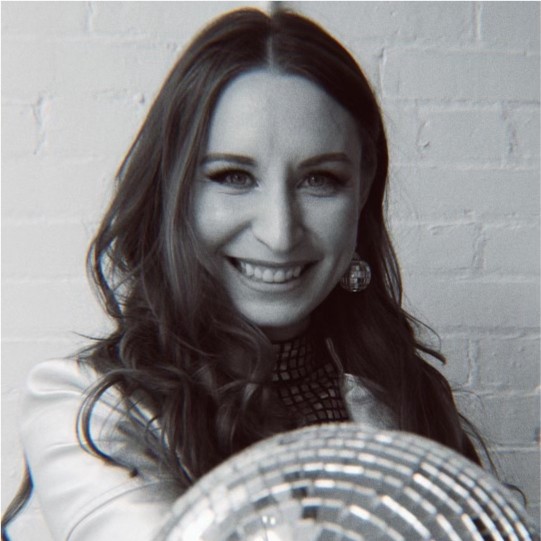 “In the digital space, I think Web2 has taught the App builders that Apps can have 24/7 access to your data. That’s the way the surveillance capitalism economy is built, but if our data represents an extension of us; describes our bodies, and made by our bodies, and is owned by our bodies, then it deserves a level of consent and consideration that we extend to our bodies.”